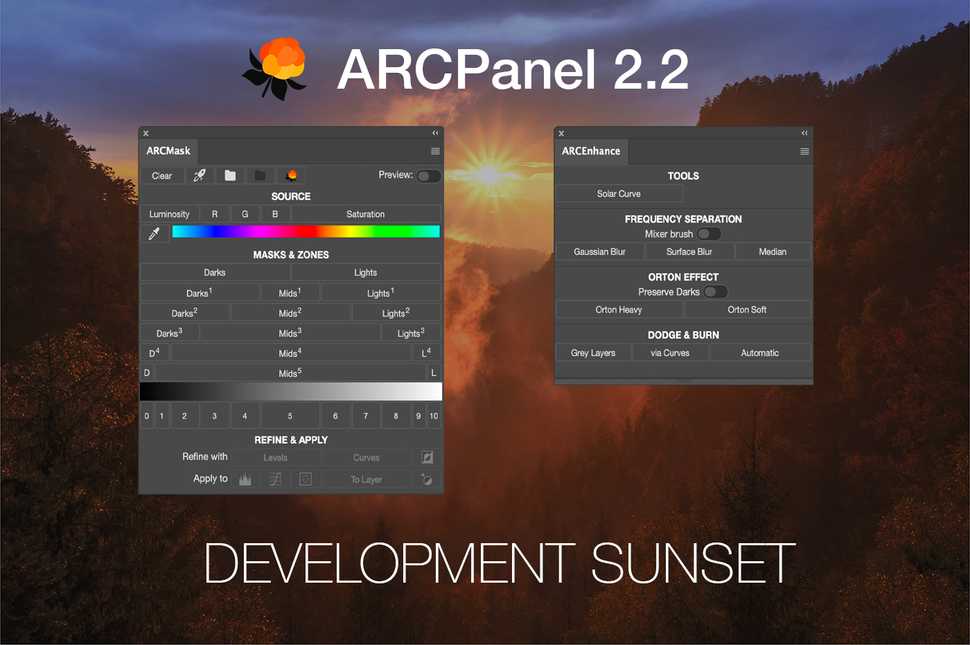 Active development of ARCPanel 2.2 was sunset in 2021 due to a new UXP engine released by Adobe Photoshop. ARCPanel 3.0 was released, you can learn more about it here.

Starting with Adobe Photoshop 2022 ARCPanel 3.0 should be used.

You can get a download link by pressing this button. It will grant you a free trial for ARCPanel. Feel free to play around and see if it fits your workflow.

After installing the panel, you get 7 days for free to test all the functionality. After trial period runs out, panel will want you to enter a licensing key.

Key for ARCPanel 2.2 connects to your Adobe Photoshop license and allows to run panel on 2 computers.

You can find information on how to install ARCPanel 2.2 in this article.